Technology is Changing the Process of Job Recruitment 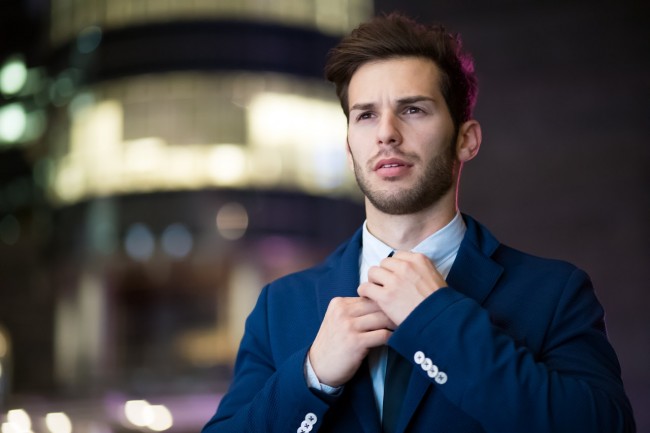 (Photo : Technology is changing the process of job recruitment )

Work is one of the most important parts of our lives. It's not only the way we earn our living it's also one of the ways that meaning and value from daily life are derived. Applying for a job can be difficult, though: finding the right field of work which suits your financial needs and your skillset is one thing, and ensuring that you effectively emphasize how you are the best candidate for the job is also required.

Luckily, technology is changing recruitment practices and is making it easier for person/job matches to be made, thereby ensuring that problems are less likely to occur because an appointment turns out to be unsatisfactory. From the development of artificial intelligence tools that allow job hunters to make the most of filters and searches, to the arrival of professional social networking sites such as LinkedIn, technology is a real game-changer in the recruitment world. This article will explore some of the reasons why job recruitment is changing thanks to tech innovations.

Artificial intelligence is associated not with something quite human-oriented such as recruitment but with sectors that are more robotic - like logistics, or operations. But the hard work of many entrepreneurs in the tech space has led to a situation in which artificial intelligence is now a big part of the recruitment scene. One such entrepreneur, Joanna Riley, has developed Censia - a tool designed to reduce the mismatch that can occur when a recruiter does not manage to find the right candidate or the right post, perhaps due to a failure to process the information correctly. By taking the possibility of human error out of the equation, tools such as AI really can be useful and transformative in an age where finding the right job is now seemingly more important than ever.

The age of social networking is now well and truly embedded in American culture. And while the most famous social networking sites, Instagram and Facebook, are designed for interacting with friends, family, and people in your networks, the arrival of LinkedIn has meant that it is also possible for the Internet to be used for purposes such as recruitment.

This has had a number of both obvious and more subtle effects on American culture. Firstly, it's now very common for people to discover job vacancies (and, indeed, for employers and recruiters to find candidates) through LinkedIn or other profile-based resume sites. Both parts of the equation can filter out those people who are not suitable for a position and focus on those that are. It has also meant that recruitment has become somewhat more public-facing: many people now advertise their job needs or vacancies on the site and are happy to reveal information to enhance their chances of success. Gone are the days when recruitment happened entirely in the shadows.

In the past, resumes were either handwritten documents or were typed onto A4 sheets. These days, the proliferation of technological tools has changed that for the better. It's now possible for resumes to be all singing and all dancing, and the inclusion of headshot images, video applications and more are simple and easy to use. Some people design these themselves using software which can be downloaded from the web, while others use the services of a professional who can do it for them. For job seekers, this is a benefit because it allows them to demonstrate their all-important "soft skills", such as the ability to effectively communicate verbally. With a standard PDF or printed resume, that isn't possible.

One area of resume writing in which technology has changed the recruitment scene is in the rise of fake resumes. While it's possible to buy a legitimate resume design service from someone on the Internet, it's also possible to have someone enhance your resume on the black market. The rise in this has led to an increase in the risk that employers and recruiters will find themselves defrauded, although it's still the case that many professional recruiters can use their trained eyes to spot when someone's resume doesn't quite match up.

Recruitment can be a tough process, especially in an age where there are so many pressures on both candidates and recruiters, but thanks to technology it doesn't have to be quite so bad. From writing a stimulating resume to making the most of cutting edge artificial intelligence tools designed to weed out vacancies and candidates which don't work for you, there are plenty of ways in which technology can be your best friend during the stressful and complex process of applying for a job.

Top 5 Skills That Every Hadoop Developer Should Have!

“Setting goals are the first step in turning the invisible into the visible!”

Saving money can be difficult, but with a number of bills taking a tole on your monthly revenue, it is important to have your finances in order at all times. Though there are options such as quick short term payday loans to aid you in a financial ...

Sky's The Limit: 5 Fascinating Careers In Architecture To Pursue In 2019

You're creative, and you love the prospect of designing buildings. But which of the many careers in architecture is right for you? Find out here.