The Modern-Day Empire: The Ups and Downs Of Amazon’s Rise To Online Shopping Giant 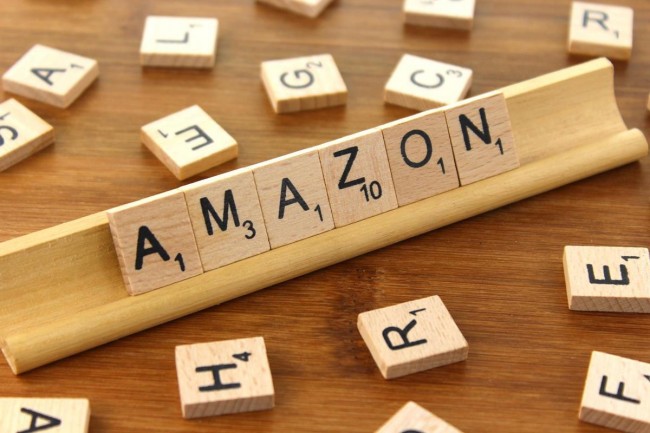 (Photo : The Modern-Day Empire: The Ups and Downs Of Amazon’s Rise To Online Shopping Giant)

Since the very beginning, Amazon has been a business that strived to achieve great things and with a strong-minded businessman as the founder, the company has completely revolutionised the way that we shop in the modern age. But has it always been that way? In this article, we will be looking into the ups and downs of the company as they rose to become one of the biggest online shopping giants.

The Origins Of Amazon

Founded by Jeff Bezos in 1994 Amazon Inc was formed. This later when public in 1997 and began selling music and videos as well as books in 1998 through their online platform. With their headquarters in Seattle alongside the tech giant Microsoft, Amazon set their sites on the growing industry of online shopping with their bookselling online store.

The Evolution Of Digital Publishing

As the company continued to expand in the 90s and the early 2000s there were early investments being made into the e-book and e-reader industry, With the first kindle reader hitting the marker in November of 2007 it saw a huge amount of success with millions of books being sold across all iterations of the device. This technology is still highly popular to this day helping them to compete with major bookstores such as Barnes and Noble and Kobo to name just a few. Shortly after this Amazon launched a direct publishing platform to let authors publish and sell their own books through there platform.

The Growth In Amazon Stock

During this time interest of rapid sales stock trading and new currencies were beginning to gain in popularity leading to many beginning to earn money buying and trading stock in a number of businesses.  With the implementation of faster internet came increased sales and the number of people looking to buy Amazon shares continues to rise. However, the dot- com bubble was soon to affect amazon stock prices as they then went on to lose over 90% of their stock value in the space of two years. However, those that took the risk to buy amazon shares during this time found themselves with a large profit. When the dot com bubble crashed many cashed in with a big pay out, making this highly beneficial to a number of investors.

Since this initial drop, the stock prices of Amazon have continued to rise with the total value reaching $6,000 per share as early as 2020. Though this is pure speculation at this time, only time will tell as to whether or not this will come into fruition.

Though Amazon had previously taken over Lovefilm, they were only selling CDs and DVDs on the Amazon platform until the popularity of online streaming platforms began to rise in 2005. This saw the initial release of the Amazon prime platform which was in direct competition with streaming giant Netflix. This began to lay the foundation of the digital media ecosystem that we know today providing next day and same-day delivery through a prime subscription. Since this initial launch, there has then been adaptation such as the prime card as well as the prime music and other elements within the ecosystem.

As the ecosystem continued to expand Amazon began to provide an on-demand cloud computing platform for individuals, companies and governments on a pay as you go basis. The fees that are set for such software is based on a combination of usage time, hardware and software chosen as well as the required security and availability packages. These packages can either be purchased for one computer or a cluster of devices to operate under one subscription. This is great for those looking for large scale computing capacity quickly as it is much faster than building a server farm yourself.

"Alexa --Why Is Amazon So Successful?"

As the voice search revolution gets underway it was Amazon that arrived on the scene with the Amazon Echo in 2014, this then released an onslaught of smart speakers and introduced this smart gadget into our homes. But how has this Ai helped to bring the ecosystem to the next level? It has not only helped to streamline the buying process for amazon customers, but it has provided a new user experience for those looking to search the internet quickly.

The Future Of Amazon

As the future of Amazon remains unclear there is reason to suggest that it will be expansive. With a conference held in palm springs, all the focus was on Amazon's future and the MARS expansion. MARS stands for machine learning, home automation, robotics and space exploration and is the beginning foundation of the retail giant. Though this is still only speculation it is set to be a big year for amazon as we finish 2019-2020.

With this in mind, only time will tell what the future holds for the tech giant as their membership and the ecosystem continues to expand. What do you think is next for the growing company?

Jobs for Foreigners in Thailand

According to a census executed in 2010, there are more than 2.5 million foreigners living in Thailand, which is about 3.87% of Thailand's total population. This number excludes the ever increasing amount of tourists and visitors (some more than 30 ...

Many students look for a part-time job to pay off their loans at least a bit and have some pocket money. How easy is it to get a job and what should you do in your first interview?