Don’t Let Age or Ageism Keep You from Working 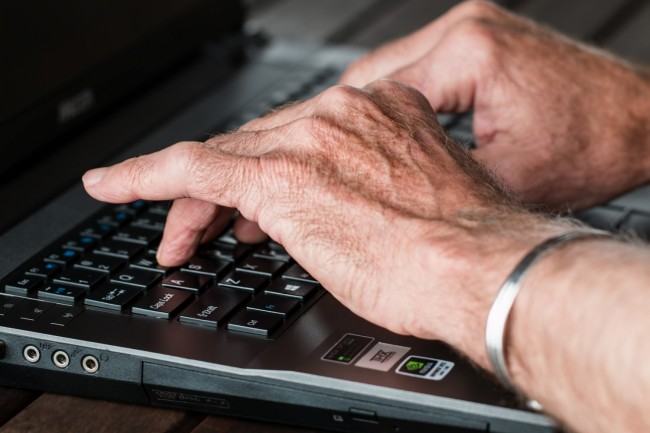 According to the National Council for Aging Care, In the past decade, the increase in workers aged 65 and older is nearly quadruple the increase in younger workers. A clear sign that seniors either are not able, or not willing to retire as early as in past generations. This growth is partially due to an increase in older Americans in general. However, there's also evidence that seniors enjoy working and remaining engaged

What types of jobs are elderly workers taking to increase their income?

The U.S. Bureau of Labor Statistics (BLS) analyzed a series of job categories, populated by seniors. Jobs in management, business and financial operations, legal, office and administrative support, farming and fishing, production, are the most popular. Another area where elderly workers prevailed by a huge margin is food preparation and service-related jobs, with 25.3 percent of workers over 65 holding these types of positions versus just 3.1 percent of those in the younger age bracket.

Why are seniors working longer?

According to an AARP survey, the number-one reason seniors continue to work past the point when others retire is because of financial necessity. Other reasons Americans are choosing to bypass retirement and work into their later years include:

This survey also revealed that more than one in four older workers (27 percent) planned to continue to work for the rest of their lives, whether full or part-time.

Whatever the specific reason finding a new job isn't always easy when you're over a certain age. In fact, another AARP survey found that two-thirds of workers over the age of 45 have either seen or experienced some level of age-related discrimination-often referred to as ageism-even though this discrimination is against the law.

Why does ageism in the workplace exist?

One of the reasons the elderly are discriminated against in the workplace has to do with the media.

For instance, some media sources report that older workers are "creating problems" for younger workers by not leaving the workforce. Others indicate that elderly employees don't respect younger superiors, cost more to employ in terms of benefits, and are more than willing to take their employees to court.

Social stereotypes also play a role; the belief that older workers are more accident-prone, take more days off, are less intelligent, less flexible, or harder to teach. There's also a misconception that they tire more quickly and underperform their younger counterparts.

However, research has proven otherwise. Older workers are actually absent less frequently and can be expected to remain healthy far longer than previous generations. Research also states that elderly employees aren't inflexible and unwilling to learn new skills; they're just not provided the opportunities to advance their level of knowledge as often as their younger counterparts.

Are you a confident perspective employee?

The best way to secure a job, whether you are re-entering the workforce or making a change is to exude confidence.

Do you have health issues?  No worries. People of all ages have the same struggles.  Fortunately, you can work with confidence while wearing a medic-alert system.  Gone are the days of a necklace with a panic button, The new generation of medic-alert systems can be disguised as smart watches and provide services from reminding you to take you medications while at work to sensing a fall or tracking you via a GPS system.  The workforce is rife with people dealing with health issues.  Don't let that limit you or your capabilities.

What to do if you suspect you are a victim of ageism in the workplace.

Because ageism does exist, it helps to know how to effectively handle this type of discrimination if it occurs.

The first step is talking with your employer or potential employer or, alternatively, filing a complaint via a company's internal grievance policy.

If you're unable to resolve your discrimination concerns with a company's management, the AARP says that your next step would be to contact the Equal Employment Opportunity Commission (EEOC) either by phone (800-669-4000) or online.

At this point, the EEOC will likely contact your employer/potential employer and investigate your claim. If it is found that age discrimination was occurring, the EEOC can  try to resolve the issue directly with the employer or go to court.

If a lawsuit is filed, it is up to the judge or jury to determine whether the individual or entity you are suing is guilty of age discrimination. If they are, you could be awarded money damages in an amount deemed appropriate by the court.

How to make yourself more marketable as an older prospective employee.

One way to potentially avoid age discrimination is to make yourself more marketable.

The more aware you are of the latest technological trends in the industry you want to work in, the more valuable you are to the prospective employer.

Additionally, if you graduated from college more than two decades ago, don't list your graduation dates.

What to do once you get an interview

Once you've made it past the resume stage and have landed an interview, there are a couple things you can do to ace it as an older job applicant.

U.S. News & World Report  advises if you're over 50 and interviewing, it's helpful to be able to articulate why you want to work for that particular employer. This requires doing a little homework about the company. You can find this information on the company's website.

It's also helpful to provide clear examples of how you've solved problems or what you've done to overcome obstacles, as these are highly valuable skills.

What to do next.

Once the interview is over LiveCareer says that "your work isn't done". You should follow-up to show the hiring manager that you still want to work for them and that you understand what they want out of an employee.

This follow-up process actually starts right before you exit the interview, ask what the next steps are and when the company plans to make a final decision. Upon hearing the answer, ask permission to follow up if you haven't heard from them by that time.

LiveCareer also states that almost one in four hiring managers (22 percent) will bypass a job applicant if they don't receive a thank-you note after the interview.

Although age discrimination does occur in the workplace, there are still things elderly workers can do to help combat it. These include taking the appropriate action if you feel that you're a victim of ageism, marketing yourself effectively as an older worker, and possibly even working for yourself. All of these can help you keep working until you're ready to stop, no matter your age.