Is 360-Degree Video the Future of Marketing? 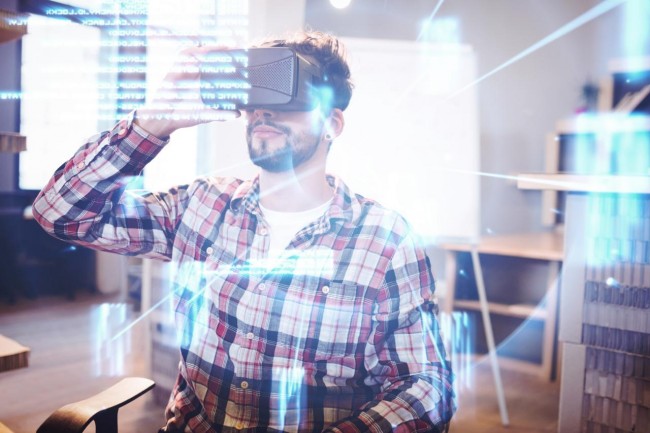 Marketers are always looking for innovative ways to promote their business. So when new digital technology, such as 360-degree videos, is presented, marketers have an opportunity to test it out and see if they can utilize it to sell products & services.

When 360-degree videos came out, brands across the world started using this technology with a huge success rate in making sales. Whether you're still developing your brand and creating a website for your business, 360-degree videos may help you market your company effectively.

So let's take a look at how 360-degree videos could become more advanced and change the way the marketing industry can advertise their companies in the future.

How 360-Degree Video is a Growing Market

A study showed in Business Insider that augmented reality (AR), virtual reality (VR), and 360-degree videos are shaping the future of content creation. It's said that these types of visual marketing tactics will grow at 81% compound annual growth rate between 2016 and 2024.

So why is 360-degree video content so successful? Well, advertising is all about evoking emotions from your target market. 360-degree videos have higher emotional engagement, and here's why.

Advertisers noticed that virtual reality content had a higher emotional reaction from their audience than 2D ever did. Since 2017 IMAX cinemas have gained an average of $16,000 revenue per week from just one virtual reality center in Los Angles.

Businesses are now recognizing the high demand in 360-degree devices and the impact virtual reality has on people. So camera manufacturers have been utilizing this development and integrating 360-degree technology & virtual reality into their devices.

The reason people are so drawn to 360-degree video content is that they can interact with what's being presented. It's all about bringing people to a place they can explore digitally. People can click, drag, or move their phones to see a complete visual of 360-degree videos.

360-degree video works well for travel companies or bloggers because people can completely immerse themselves in the content. You can see the top, bottom, and sides of a mountain or enter a museum to explore what it has to offer all in a digital universe.

How Does 360-Degree Videos Work for Advertising?

The power of 360-degree video content is clear, and many industries are benefiting from the audience engagement it creates. Here are a few benefits your company can take away from 360-degree advertising content.

360-degree videos create intrigue from an audience, so you're likely to have an increased level of engagement and views. As mentioned before, people can interact with the videos, which puts them more in control of what they see and experience.

Since people have the ability to view what they want to see, they'll want more content from you, and they'll engage with all future 360-degree marketing content.

When you utilize new marketing content, you're showing your audience that you can progress with the times, and you're always innovating. Using new marketing content will let your consumers know that you will always be around no matter what trends and digital technologies are being presented.

If you're a forward-thinking brand, your customers will stay loyal to you because they will get to experience what other consumers are seeing from other brands. You want to stay ahead, so 360-degree video content will certainly guarantee your spot at the top of your industry.

Traditional advertising is quickly becoming obsolete. Radios, television advertisements, and even images & normal videos aren't going to make much of an impact on target audiences in the future. 360-degree video advertising will be the next generation of consumer media.

Simply take a look at games such as Wizards Unite and Pokémon Go. These games are incredibly successful because of the use of 360-degree and AR. So it's not merely advertising that 360-degree will be used for. It's going to be part of the next generation of digitally experiencing movies, games, television, and possibly rollercoaster rides & sky diving.

Do you want to improve your SEO and YouTube ranking? 360-degree video advertising is the way to do it because you'll have an increase in content engagement. Your YouTube and SEO ranking is determined by how many people click on your content to view it.

Your ranking can also be increased by how many people comment and share your videos. Be sure to make your 360-degree videos easy to find by using hashtags, proper titles, and links.

If you're a growing business, ensure you incorporate 360-degree video advertising in your marketing campaigns. Developers are continuously finding ways to improve 360-degree video content, so you may have more innovative ways to promote your business in the future.

The advantage of newly developed digital technology is that marketers can continue to renew their image and their marketing approach.

People enjoy any latest visual content, so if you haven't used 360-degree videos before, you should give it a go and see how it improves your marketing campaigns.