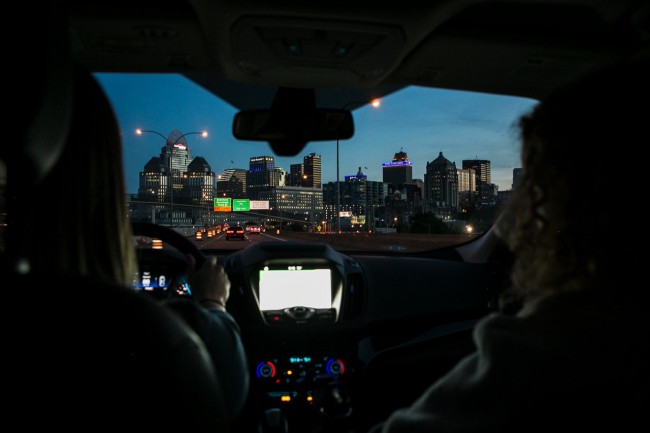 Driving is an activity that you likely don't think too hard about, but are you positive that you're a safe driver? Chances are, you have some room for improvement and a little extra caution never hurt anyone.

Even the safest of drivers are still human and can make a small mistake. The problem with this is that the price of making a mistake while driving can be quite costly and even deadly.

To put things into perspective, nearly half of all accidents involve injuries. This might be something minor like a bruise, but it could also be more severe if the circumstances are poor.

With this in mind, you'll want to know how you can be a safer driver. You surely already know the obvious tips like avoiding distractions and driving drunk.

However, there are other techniques that you can make use of to improve your daily driving and we'll cover some of them below.

One fantastic tip is to leave your house early.

You've likely heard of this one before, but have you ever tried it? There's a good reason why leaving early makes you a better driver and that's because it eliminates the need to rush.

Think about your morning commute. Do you leave with just barely enough time to get to work? You probably do and this is understandable as sleeping is wonderful and waking up is difficult.

Nonetheless, leaving without time to spare makes you a worse driver. You'll feel rushed and drive quickly to make sure that you aren't late.

This might result in behavior like speeding, tailgating, frequent lane changing, running questionable yellow lights, and failing to yield the right of way. All of this is highly unsafe and can easily cause an accident.

Alternatively, leaving your house even just 10 minutes early will slow things down for you and make you more patient. You won't get upset at minor annoyances and you won't need to be hasty during your commute.

Another excellent tactic is to look ahead of you into the distance.

When you're driving, how far ahead of your car do you look? Do you focus on the car just ahead of you or on the one a few cars up?

It's to your benefit to keep an eye on the car a few cars ahead. What's going on up there is just as relevant for you because it will affect what you need to do. If they're quickly braking, then the car behind them will do the same and so will the car in front of you.

When you can watch the car a few vehicles up, it gives you more time to react. You'll figure out what's happening earlier, allowing you to decide what to do sooner.

You should also consider yielding often and freely.

Part of obeying the law includes yielding the right of way when you're supposed to. Unfortunately, not every driver does and you might also neglect this if you're in a rush to get to work.

Failing to yield is a bad idea because the other driver is expecting you to yield. If you pull out in front of them, then they'll need to react quickly and an accident might happen if they don't.

Beyond this, you should also yield in situations where you don't have the right of way. If there's an aggressive or unaware driver, they might refuse to yield and this can certainly cause a crash.

Even though you have the right of way, there's no need to stand your ground. While you won't cause the ensuing accident, it's much better to avoid it than refusing to let another driver go.

Any time you're in a situation where another driver is supposed to yield, don't expect that they will and keep an eye on them instead. Be ready to let them go should they force it as it can avoid causing an accident.

A last piece of advice is to never make any assumptions about what other drivers will do.

Being predictable is an important part of driving, but drivers aren't always predictable. You don't always know what another driver will do and when they'll do something that endangers you.

You might assume other drivers will stop at stop signs and red lights. Or maybe that they'll stay inside their lane. There are plenty of things that drivers should do, but that doesn't mean that they will.

Keep your wits about you and always be watching the other cars around you. Don't rely on them to make the right decision and be ready to take action to prevent a crash.

Anyone can benefit from being a safer driver, but doing that isn't always as easy as it sounds. Driving is an intense activity that requires focus, precision, and good judgment at all times.

Car accidents are horrible experiences and their effects can be devastating. It's much better to avoid them as much as possible by being a safer driver.

A few simple ways of doing this include leaving your house early, looking further ahead of you, yielding often, and not making assumptions. These are all easy to adopt and will prevent several unnecessary accidents.

Do yourself a huge favor and try to be a safer driver! Your family will appreciate it and you'll wish you had been should you ever get into an accident.

How to Reduce Admin and Save Time Using HR Software

Investing in high-quality and easy-to-use HR software can simplify - or automate - your company's administration duties, saving your business time and money in the process.

Maintaining an efficient and positive workforce always takes work. However, doing so in a remote-first environment can be extra challenging.

What Are Some Pros and Cons of Starting a POD Business?

Have you been thinking about starting your own business? The idea of a print-on-demand venture can be quite attractive. It seems that there are more and more POD online stores, and why would that not be the case?

How to Start a Meal Delivery Business in Six Simple Steps

Are you considering starting a meal delivery service? It can certainly be a lucrative business opportunity. But before you jump in head-first, you need to plan your business. Get started by following these six simple steps.

Qualities Every HR Professional Should Have

Choosing an HR professional for a company is one of the most important tasks.

Relocating employees can be quite a troublesome activity, and it usually creates a lot of extra effort for the company. From helping the employees find a good home and neighborhood to offering them free transportation and other similar features, the ...

Essential Start-up Tools All Entrepreneurs Should Have

Starting your own business from scratch requires dedication and persistence. With so many hurdles to jump, you must remain focused and fixated on your end goal, otherwise, all your efforts will be for nothing. But as your business begins to thrive, ...

There are a lot of truck drivers on the road every day in the US. There have to be because trucking is the way that most products move around the country. The trucking industry employs millions of individuals, and many make a very good living doing ...

Remote Based Businesses - A Startup Checklist

The COVID-19 pandemic has had a devastating impact across the globe for several reasons.

Things to Consider When Hiring a New Employee

If you're starting a new business or hiring new employees, there are a few things you need to consider. You want to make sure that whoever you hire will be a great fit for your company. Ultimately, finding someone who will work in your company ...

How To Introduce Yourself In An Interview?

You have a really important interview for that job you've been interested in. And it's extremely nerve-wracking to prepare for as you have no idea what to expect. It can be difficult to understand good interview practices and know how you can make ...