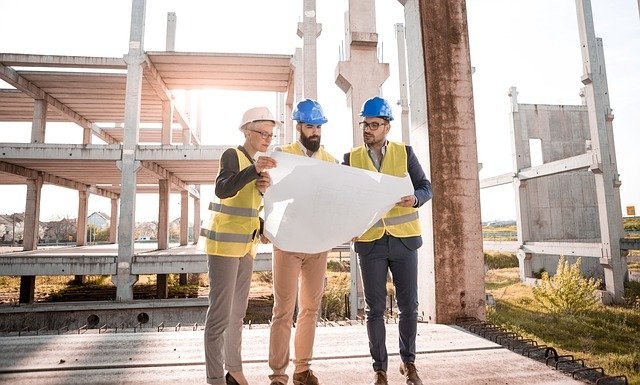 In this country, there are blue and white-collar jobs. There are ample reasons to want either one. Which one you try to get can reveal a lot about who you are as a person.

Some people feel that if you have a white-collar job, that says something about you intellectually. That's not necessarily the case, though. It's more that your job choice speaks more to the kind of lifestyle you want to lead.

With that in mind, let's take a look at the construction industry. There are probably always going to be construction jobs because that's one area that automation is not likely to ever completely eliminate. If you're thinking about getting into construction, maybe you can better make up your mind after reading our list.

We'll start with construction's negative side. No matter how you look at the industry, it's undeniably dangerous. All you have to do is look at the stats to confirm that.

For instance, look at private industry construction workers. They account for approximately 20% of all workplace-related deaths. That's about one out of every five workplace fatalities.

If you're on a job site, you might be around heavy machinery that could crush or mangle you. You're working with dangerous tools. You might work up on the high steel, and if you're not careful, you can fall to your death.

There are precautions you might take to make your workdays safer, but no matter what you do, there's a construction industry danger element that's always there. Also, even if you survive an accident, you might lose a limb or a few fingers.

The Pay Isn't That Great

You are probably not going to get rich in the construction industry unless you start your own company. If you're menial labor, someone without a particular skill set, you might make a decent salary, but it is not going to allow you to live anything resembling a lavish lifestyle.

Of course, the more construction-related abilities you can add to your resume, the higher salary you can command. That's why you should learn more skills as you go, like pipefitting, spot welding, etc.

You're Out in the Elements

You're also out in the elements a lot when you work construction, which some people don't appreciate so much. You have to work outdoors in the summer during blazing heatwaves or in the winter in subzero temperatures.

Your boss will expect you to be tough, and that involves braving the elements. You can't take too many days off because of extreme weather conditions, or you're not going to have a job for very long. Only the strong survive in this sort of career.

On the plus side, if you work construction, the workers often enjoy a camaraderie that you won't find many other places. It can be a bonding experience to get up at dawn and march off to work with your lunch pail and a thermos full of coffee, cracking jokes with your buddies. There's something primal about it, and it's a slice of Americana.

You must rely on the people around you, and they have to do the same. That creates close bonds, and you might make friendships while working a construction job that last a lifetime.

You Can Be Part of the Union

Forces do exist, particularly in this country, looking to squash unions. That's because unions take away the boss's power and give it back to the people, and most company heads don't like that.

Construction is one American industry where the unions still exist, and being a part of one is great. If you're in the union, you have a chance to at least have a decent healthcare plan and other benefits. Since construction is such a tough job, you'll be glad to have that opportunity.

You Don't Need a College Degree

You also don't usually need a college degree for many construction jobs. It helps to go to a trade school, but some individuals who make a decent living in construction never even graduate from high school.

At the same time, you don't have to work behind a desk every day, and some people love that they can get outdoors and use their hands. They're creating something real and tangible, not just tapping away on a computer.

Construction is not for everyone, but some people love it and can't imagine doing anything else. Maybe you'll appreciate it if you give it a shot.

How Can Emails Help You Conduct Successful Online Interviews?

As technology develops, it is becoming increasingly common and cost-effective for companies to conduct job interviews online. Today, not only leading employers such as Google, Microsoft, and Amazon, but also smaller businesses are using online job ...

Have you ever asked yourself if you can make a decent living as a full-time cryptocurrency trader? If so, you're like many others who have a hunch that crypto trading might be a good way to earn real money. The short answer to the question is yes, ...

8 Best Healthcare Degrees: Which Will You Choose?

Reports show that the healthcare industry is among the second largest employer in the U.S. in 2021. The industry currently employs over five million people, and the number is likely to grow even further in the wake of the Corona pandemic. What this ...

Laid Off? Here's How to Optimize Your Job Search

Getting laid off can be a real blow, especially if you loved (or even just enjoyed) your now-former role. But it can happen to the best of us, especially in an economic downturn -- it's typically a symptom of bad luck, not something you should take ...

A Stanford University research study concluded that collaboration boosts intrinsic motivation. Working on a project with at least one other person helps participants maximize their efforts while simultaneously enjoying their work.

If you've been on the lookout for a VPN, you may have come across the term "no-logs VPN" a lot. If you're not sure what that means or how it's useful for your online security, don't worry. You'll find everything to know about the topic below.

Where to Get Funding for Your Startup

So you've got that next billion-dollar idea? Where do you start? How do you get funded? While having a great idea is essential for a startup business, it is paramount to have startup funding if this idea is ever going to become a reality. But where ...

How to Find Your Real Dream Job: Your Own Business

Entrepreneurship has been on the rise in the United States lately as statistics show that the number of business establishments with less than a year in operation has jumped by 300,000 since 2010.

Tips for Getting a Job in Forex

If you are looking for a growing field, then consider Forex. What are a few tips you can follow to land a job in Forex?

A lot of entrepreneurs start their business as a jack of all trades. These professionals know how expensive it can be to build a company with multiple employees, so they try to handle everything themselves, from customer service to product ...

Strong Reasons Why Your Marketing Team Should Be Using DAM Software

As a marketing manager, you know that creating eye-catching and engaging content is what your marketing team does best. But are they letting disorganisation and the complexities of their roles get in the way of better results? As well as ...

The Key Responsibilities of the HR Department

The HR department is the only department in every company that does not directly contribute to the work allocated by the company. Instead, it chooses to focus on the people who work in the organization. While at it, software like HR management ...