Are Billboard Advertisements Worth It? 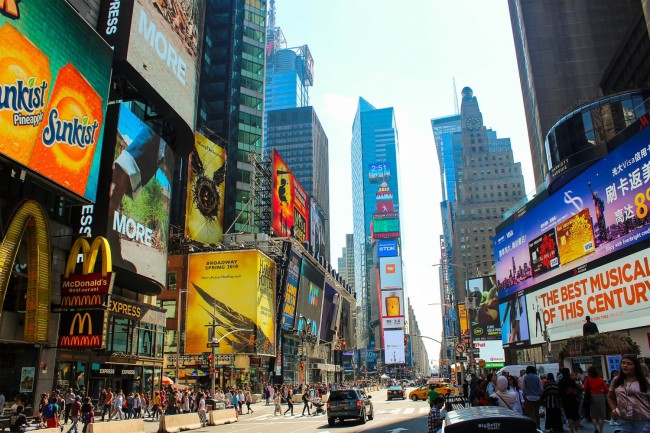 Have you thought about using billboard advertisements to promote your business? If so, you might be wondering if they're worth it.

The answer is simple: It depends on your business's budget and advertising needs.

It's important to have an understanding of how expensive and effective this marketing method is. Let's take a closer look at what all business owners should know about billboard advertisements.

How Much Do Billboard Advertisements Cost?

Billboard advertisements can be a great way to draw attention to your business. In addition to conveying a clear message about your goods or services, you'll be able to send potential customers to your business website or storefront. But how expensive are they?

There are several factors that will determine the overall cost of your billboard advertisement:

Another expense to take into consideration is billboard advertisement design. This may cost between $150 and $500 an hour and will depend on whether you opt for physical or digital displays.

Are Billboards an Effective Marketing Strategy?

Since billboard advertising can be so expensive, you might be wondering if it's worth it. The good news is that it has been found to be very effective.

According to Forbes, one study found that 7 out of 10 people often look at billboard advertisements when they pass them. This includes both physical and digital formats. More than half of people reported visiting restaurants they found on these displays, while over 25% of people claimed to make note of websites or phone numbers they saw on the advertisements.

While billboards can be a large expense, they've been found to have a large return on investment (ROI). Business.com reports that billboard advertisements have a 497% ROI. So, for example, if your monthly budget was $1,500, this means you could earn $7,455 - or $5,955 in profit.

How to Make Billboards Work for Your Business

Billboards can be an effective advertising strategy for many types of businesses, but it's important to utilize them correctly.

For starters, it's important to give some thought to location. Be sure to choose an area that sees a lot of traffic to maximize your potential reach. It's also ideal to opt for a billboard that isn't too far away from your business if you have a storefront. The study mentioned by Forbes notes that one out of four people reported visiting a business immediately after seeing a billboard advertisement.

It's also important to give some thought to your design. You should work with your billboard advertisement designer to make sure the message you want to convey is clear and to the point. Be sure to include website information, an address to a physical storefront, and/or a phone number so potential customers are able to seek out your products or services.

These are just some things to take into consideration when it comes to billboard advertising. Whether you have a large or small business, this marketing method can be an effective way to increase brand awareness and help your business grow.