Secrets You Won’t Hear From A Good Boss 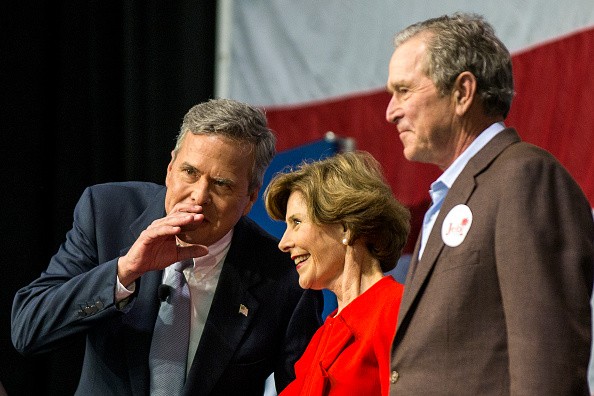 North Charleston, SC - February 15, 2016: Jeb Bush leans in to whisper something to Laura Bush as they wait for an very ecstatic crowd to calm down after their entrance Monday, Feb. 15, 2016 in North Charleston. (Alex Holt for The Washington Post via Getty Images)
(Photo : Getty Images)

Since most bosses are hard on their employees, it is easy to assume that all bosses are the same. But don't make that mistake. There are also good bosses out there that works not only for the good of their companies but also for the well-being of their 'charges' as well.

To encourage the increase of their tribe, the United States has earmarked a day just for their honor. It is called "Boss Day" and it is celebrated every October 16.

Good bosses needs to be cited since they don't want people to suck up on them. They do their job for the joy of seeing other people attain their potentials, while offering products or services that help their customers live a life that gets better all the time.

If you have a great boss, he will never share some secrets with you. He is hiding these secrets not to prevent you from succeeding but to facilitate your road to success.

What are the usual secrets that great bosses hide from their employees? Here are some of them:

1. He was frustrated at you when you weren't able to properly complete a task but he didn't show it.

2. He has given you some tasks even before you are ready for it so that you can develop your latent abilities. If you make mistakes, he is willing to take the blame.

3. He made some effort to turn around people's negative impression about you.

4. He strived to get you promoted or given a salary raise and when you got it, all he said was: "You deserved it."

5. He flexes certain rules of the company for your benefit, just so you can reach your potential.

6.  You never knew it but he often encouraged you subtly not to make bad decisions so that you will have the confidence that you have accomplished your objective solely on your own.

What Your Employer Wants From You

Qualities That Make A Good Employer