How To Succeed In Life Just Like Kendall Jenner 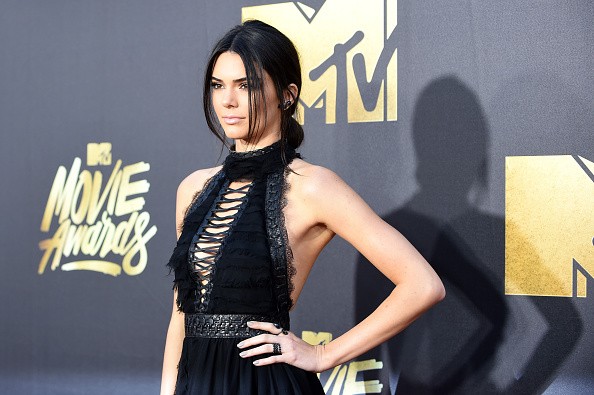 Say what you will about the Kardashian and Jenner sisters, but it’s undeniable that the reality stars have become the most successful and savvy businesswomen in the entertainment industry. One of the youngest sisters, Kendall Jenner, has also made her mark outside “Keeping Up With The Kardashians” as the 21-year-old is taking the fashion world by storm.

The shy and quiet teen who people first met on the E! reality series grew up to become one of the most in-demand models today. Though many would argue that she was born into privilege, Kendall made her own path, and as of last year, she is said to have a net worth of $17 million. But how exactly does one attain this level of success in such a short time?

Here are a few life lessons that we can all learn from Kendall Jenner.

Set yourself apart from the rest

Many people who have watched the Kardashians grow up on their TV screens have noted that Kendall is very different from her other sisters. While Kim, Khloe, Kourtney, and Kylie have all embraced their glam sides, Kendall seemed to be more comfortable when she was dressed down.

Speaking with Vogue back in September 2016 (via Yahoo! Finance), Kendall said, “I’ve always been super different from all my sisters, especially my Kardashian sisters,” adding that her sisters have always been into dressing up and looking glamorous every day. “Part of me loves that, but at the same time, I love dressing down and having my private life.”

Kendall Jenner may be a social media maven just like her sisters, but the Victoria’s Secret model has perfected the art of being mysterious when it comes to her love life. Kendall rarely talks about who she’s dating, preferring to let people make conclusions about her romantic life.

Though Kendall has been photographed by the paparazzi on dates with Harry Styles, Chandler Parsons, Jordan Clarkson, and A$AP Rocky, she has never commented on her relationships. By keeping her fans and the media in the dark, this air of mystery makes her seem all the more intriguing.

Hard work will silence the naysayers

There have been many people in the fashion industry who expressed their doubts about Kendall Jenner, with some pointing out that she has become a famous model due to her popular family. Others don’t take her seriously as last month, model Janice Dickinson said that she thinks Kendall is “too vain” and “probably just sits there and smokes vape.”

Kendall and her best friend, Gigi Hadid, also got some backlash in December for getting their wings at the 2016 Victoria’s Secret Fashion Show. These are just two among the many incidents in which some veteran models and designers have said that Kendall Jenner is unworthy of becoming a supermodel.

In late 2014, Kendall spoke with “Nightline” and said that all the negativity only encourages her to work harder.

“It made me work harder, it made me feel like I had to prove to these people that it’s what I want to be doing,” she said. “I’m not trying to use the family name or anything. In reality, I worked pretty hard for this.”

With 71.8 million Instagram followers and over 20 million fans on Twitter, an Estee Lauder contract, campaign features for Mango, Penshoppe, and Calvin Klein, dozens of magazine covers and business ventures with sister Kylie, Kendall Jenner is no doubt, one of the most successful individuals of her generation.

For more, check out Jobs & Hire’s report on why Gigi Hadid and Zayn Malik could become the next power couple.

Makeover Your Career The Kim Kardashian Way: How To Reinvent Yourself To Success