Mistakes That Employers Must Avoid During The Hiring Process 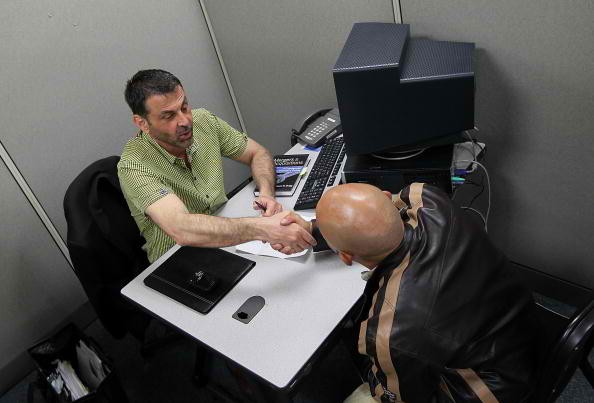 SAN FRANCISCO - MAY 07: Vince Fortunato (L) shakes hands with a job applicant during a job interview at the Career Link Center One Stop job center May 7, 2010 in San Francisco, California. A report by the U.S. Labor Deprartment showed a surge in new jobs for the month of April adding 290,000 positions. Unemployment rose to 9.9 percent. (Photo by Justin Sullivan/Getty Images)
(Photo : Justin Sullivan / Staff)

Hiring and interviewing are two of the greatest risks a company or a business has to face. In fact, according to Entrepreneur, CareerBuilder had a study in 2013 that revealed, "27% of U.S. employers surveyed reported that a bad hire cost their company more than $50,000." So for you not to experience that, these are some of the ideas to avoid during the hiring process.

Bad behaviors especially during interviews are already happening a lot, as noted by ZipRecruiter. Some of the bad behaviors include multi-tasking during interview, taking phone calls, not listening, not allowing them to ask questions, talking about other things while in an interview and not showing up at all.

These wrong moves hinder them in finding the best person suited for their vacant position.

Other people think posting job descriptions isn't so important. What they don't understand is that it prevents them from attracting people they don't prefer for the job. Your posts are the key to make your candidates decide if they will apply to your company or not. It also determines if they can meet majority of your given requirements.

Your posts play an important role in your hiring process. That's why it's important to write your post in detail including the position's job requirements, qualification and duties.

Whenever there's a job opening your organization, it may be really tempting to hire friends and families for the slot. It's even harder not to consider them as a perfect bet. But don't forget that close relationship doesn't automatically have to qualify them as your best candidate.

Heidi Ganahl, CEO and founder of dog boarding franchise, shared her story in Business News Daily saying, "It taught me a lesson that hiring someone just because you have a relationship is not a great idea. I lost a close friend, a lot of money at one point, and a lot of time."

Regaining Self-Confidence And Self-Motivation After Failing In First Job ...

The Body Language Knowledge; To Ace Your Impression In An Interview

5 Signs That Help Job Applicants Know That Companies Will Not Hire Them Even If ...