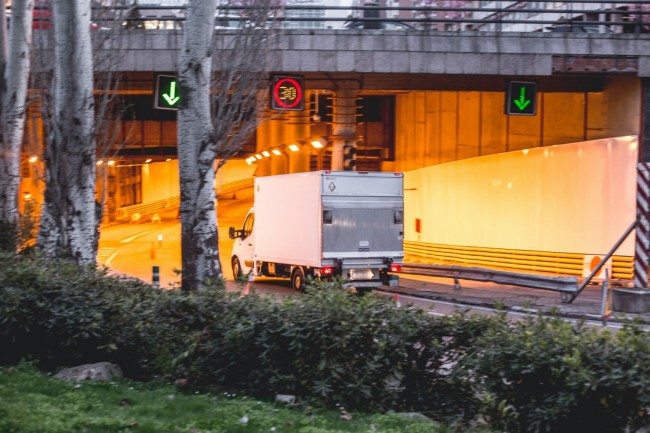 There are a lot of truck drivers on the road every day in the US. There have to be because trucking is the way that most products move around the country. The trucking industry employs millions of individuals, and many make a very good living doing it.

However, there are some inherent trucking dangers. The main issue is that trucks are so large and heavy. If a driver makes a mistake and collides with another vehicle or runs off the road, the outcome can be disastrous.

Let's talk about a few of the most critical errors that truck drivers make that lead to crashes in this country.

Driving Under the Influence

You might not necessarily have known this, but some truckers will drive for 11 hours at one time. They may also work for a full 70 hours each week.

That's a ton of work, and it's easy to see how some drivers can burn themselves out that way. They might decide that they want some chemical stimulants to help them.

A truck driver might ingest alcohol before driving, or they might take speed or some other upper to pep them up if they're trying to finish off a long haul across several states. If that happens, they might think they have control over themselves, but if they're in an impaired condition, it's much easier for them to make a driving mistake that can lead to a crash.

You probably know all about aggressive driving. Maybe you're even guilty of it yourself from time to time. Aggressive driving might mean cutting off other drivers in traffic, speeding, weaving in and out of traffic, or tailgating.

When you do that in the family minivan, it's dangerous, but you can only imagine how much worse it is if you have a multiple-ton eighteen-wheeler that's doing it. Truckers should know better than to engage in this kind of behavior, but they're human too.

Sometimes, you might have a truck driver who's going through a rough time. Maybe their marriage is on the rocks, or they just got some bad news about a relative.

The reality is that you never know what's happening in a truck driver's personal life. All you can see is their road behavior, and you'd hope they'll keep themselves under control, or a fatal accident is easily possible.

Ignoring or Putting Off Needed Maintenance

Putting off truck maintenance can also cause an accident. If a driver does not report a problem immediately and decides to undertake or continue a cross-country trip, that's another way a crash can occur.

A driver might want to put off maintenance because they know that if they do so, they may not get as many hours that week. That means their boss won't pay them, and they might have a mortgage payment or other pressing bills coming up. That could be why they decide to take this reckless action.

Spending More Time on the Road than They Should

There is a federally mandated limit to how many hours a truck driver can go in one trip and how many hours they can put in during a single week. It needs to be that way for safety reasons.

If a truck driver is trying to make as much money as possible, they could try to ignore those regulations. They might also have a dispatcher or company owner who feels like they can get away with letting their drivers log as many hours as they'd like.

It's up to federal oversight to make sure that doesn't happen because when it does, fatigue can set in, and that's often when accidents occur.

Even if you're not a truck driver, you probably already know all about distracted driving. You might try to check your makeup as you're driving, or maybe you try to send a text message via your smartphone. Maybe you daydream a bit or a billboard distracts you.

If a trucker does any of these things, they run the risk of hitting another vehicle or running off the highway. Distracted driving can certainly have deadly consequences if a truck driver stops focusing on the road ahead of them.

How to Reduce Admin and Save Time Using HR Software

Investing in high-quality and easy-to-use HR software can simplify - or automate - your company's administration duties, saving your business time and money in the process.

Maintaining an efficient and positive workforce always takes work. However, doing so in a remote-first environment can be extra challenging.

What Are Some Pros and Cons of Starting a POD Business?

Have you been thinking about starting your own business? The idea of a print-on-demand venture can be quite attractive. It seems that there are more and more POD online stores, and why would that not be the case?

How to Start a Meal Delivery Business in Six Simple Steps

Are you considering starting a meal delivery service? It can certainly be a lucrative business opportunity. But before you jump in head-first, you need to plan your business. Get started by following these six simple steps.

Qualities Every HR Professional Should Have

Choosing an HR professional for a company is one of the most important tasks.

Relocating employees can be quite a troublesome activity, and it usually creates a lot of extra effort for the company. From helping the employees find a good home and neighborhood to offering them free transportation and other similar features, the ...

Essential Start-up Tools All Entrepreneurs Should Have

Starting your own business from scratch requires dedication and persistence. With so many hurdles to jump, you must remain focused and fixated on your end goal, otherwise, all your efforts will be for nothing. But as your business begins to thrive, ...

There are a lot of truck drivers on the road every day in the US. There have to be because trucking is the way that most products move around the country. The trucking industry employs millions of individuals, and many make a very good living doing ...

Remote Based Businesses - A Startup Checklist

The COVID-19 pandemic has had a devastating impact across the globe for several reasons.

Things to Consider When Hiring a New Employee

If you're starting a new business or hiring new employees, there are a few things you need to consider. You want to make sure that whoever you hire will be a great fit for your company. Ultimately, finding someone who will work in your company ...

How To Introduce Yourself In An Interview?

You have a really important interview for that job you've been interested in. And it's extremely nerve-wracking to prepare for as you have no idea what to expect. It can be difficult to understand good interview practices and know how you can make ...